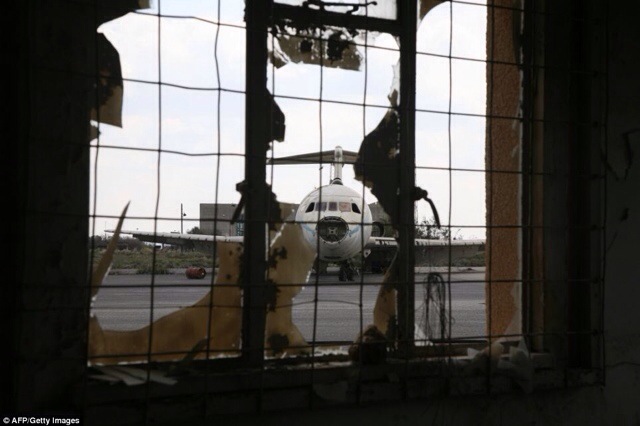 Nicosia International Airport was once the main airport for the island of Cyprus, but has now been derelict for nearly forty years. Principally used as the headquarters of the United Nations Peacekeeping Force in Cyprus, the commercial flight area has lain empty since the Turkish invasion of Cyprus in 1974.

On 15 July 1974, Greek National Guard officers staged a military coup d’état. For the next four days, the airport was kept busy with commercial flights arriving to evacuate civilians which were primarily tourists.

On 20 July, Turkish forces, responding to the Greek coup, launched a series of air raids on the airport.

On 23 July, fighting between Turkish and Greek forces was especially fierce in the airport vicinity. The Force Commander at that time, General Prem Chand from India, ordered UNFICYP to take over the airport, declaring it a United Nations Protected Area. United Nations Headquarters in New York gave its immediate approval, and, with the agreement of the local military commanders of both sides, UNFICYP troops (from Canada, Finland, Sweden and the United Kingdom) occupied the airport.

Nicosia International Airport remain much as they were on 16 August 1974, when it was abandoned – frozen in time. 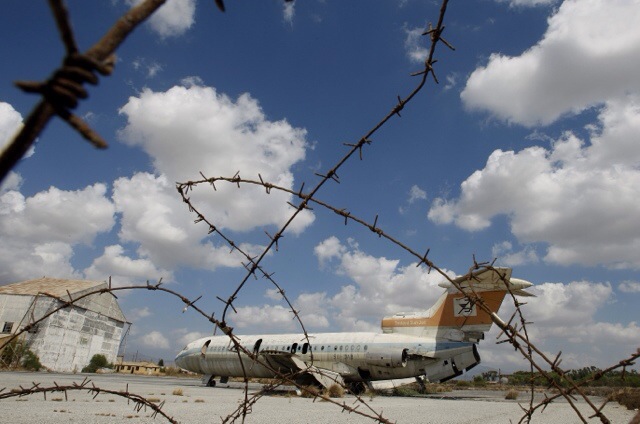 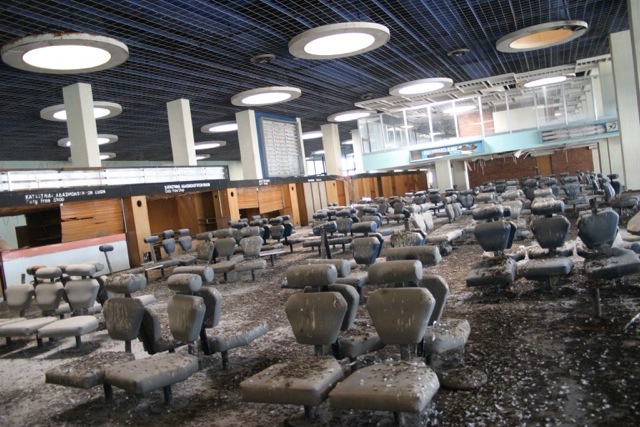 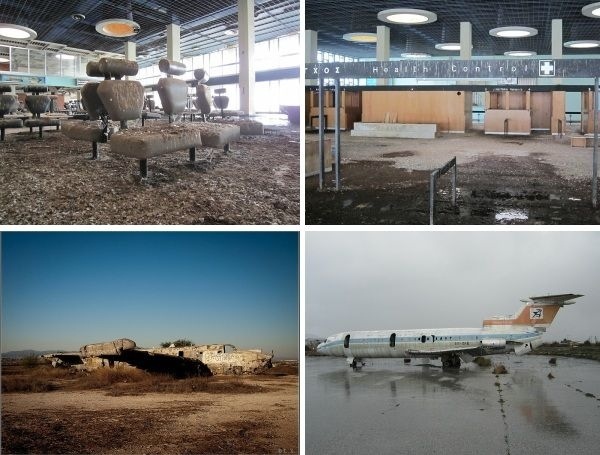 Within the buffer zone on the western edge of Nicosia, the hangars and runways of the Nicosia International Airport remain much as they were on 16 August 1974 – frozen in time.

The Airport began service as Royal Air Force Station, Nicosia, and saw heavy use during the Second World War. It opened as a commercial airport two years after the end of the War, in 1947, but the area surrounding the airport itself remained the location for the Air Station.

A destroyed Cyprus airways plane behind barbed wire at the war-torn UN buffer zone at the abandoned Nicosia airport during a rare media tour of the defunct facility Tuesday, Sept. 14, 2010. The airport has remained frozen in time after being shut down in 1974 when a coup by supporters of union with Greece prompted Turkey to invade and split the island into a breakaway Turkish Cypriot north and an internationally recognized Greek Cypriot south. The airport was the scene of fierce battles during the invasion and was declared a UN protected area. It now straddles the UN controlled buffer zone separating the rival communities and is home to the UN peacekeeping force’s headquarters. It is also the venue for ongoing talks aimed at reunification. But the airport’s once bustling main terminal building built in 1968 and hailed as one of the region’s best at that time remains under lock and key, ravaged by time and inhabited by pigeons. (AP Photo/Petros Karadjias)

We feature amazing urban pictures capturing the atmosphere of all these strange and derelict locations.

Please follow us. We are part of the unexplained mysteries network.