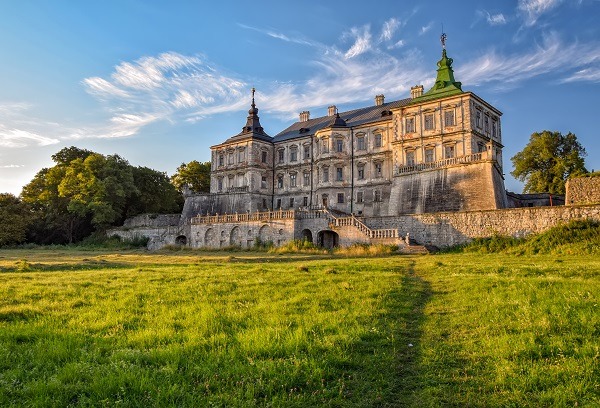 Castles are alluring architectural masterpieces that used to be filled with extravagance, serving as spectacular homes of the royalties. Many of these manors and palaces were relished by different generations before they were abandoned due to various reasons, ranging from natural disasters, economic crises, and destiny carved by war. Though these structures are now crumbling and becoming precarious, they are still a sight to behold, exuding a romantic, haunting, eerie yet fascinating charm. Here, take a peek of some of the most amazing abandoned castles in the world, and discover the enthralling stories from the rubbles.

You don’t need to go all the way to Europe to witness a Gothic-style abandoned castle. Just about 60 miles north of Manhattan, New York is Bannerman’s Castle, nestled on the Pollepel Island in the heart of the Hudson River. The 19th-century structure was built to store Francis Bannerman’s military and weaponry and be the summer residence of their family. Shortly after Bannerman died in 1918, an ammunition explosion partly devastated the artifact. Then, in 1969, a fire devastated the castle, leaving it in ruins. 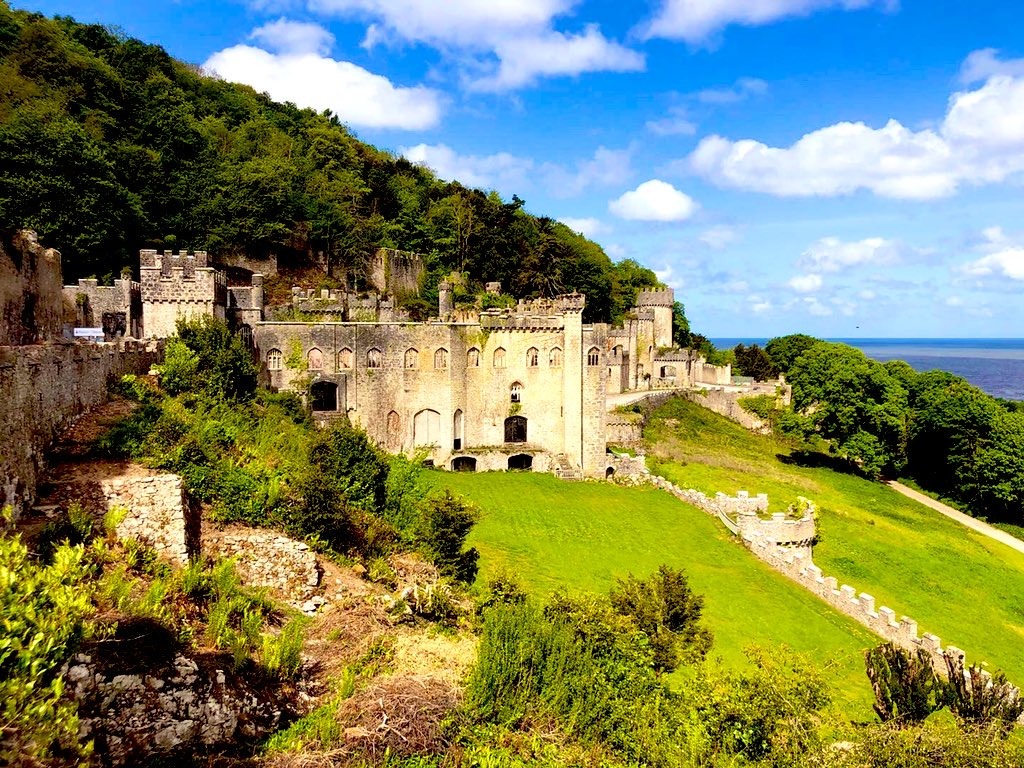 Another Gothic-style castle, the Gwrych Castle is located in Conwy County Borough, Wales. Lloyd Hesketh Bamford-Hesketh built it from 1810 to 1825 as a memorial of his mother. Utilized as his residence, it featured 128 rooms, inner and outer halls, oak study, a billiards room, a drawing room, and some rooms intended for the servants. During the Second World War, the castle was used as the home of about 200 Jewish refugees as part of the Kindertransport program. It was soon opened to the public and used for different purposes, from being a venue of medieval reenactments, a training ground, and location of motorcycle rallies. With two centuries of history, many believed that the castle is haunted. 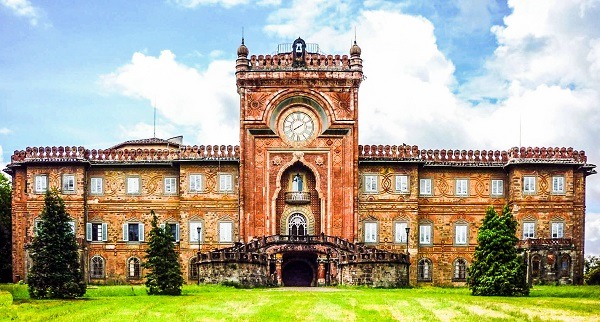 Sammezzano Castle is an original palazzo in Tuscany, Italy built in 1605 by Ximenes of Aragon, a Spanish nobleman. In the 19th century, the property was inherited by Ferdinando Ximenes Panciatichi. It was remodeled using Moorish Revival architecture and now serves as one of the most extensive examples of the said style. It is a stellar castle, characterized by sparkling colors and detailed ornaments. After World War II, the palazzo was converted into a luxury hotel before it was closed in the 1990s. 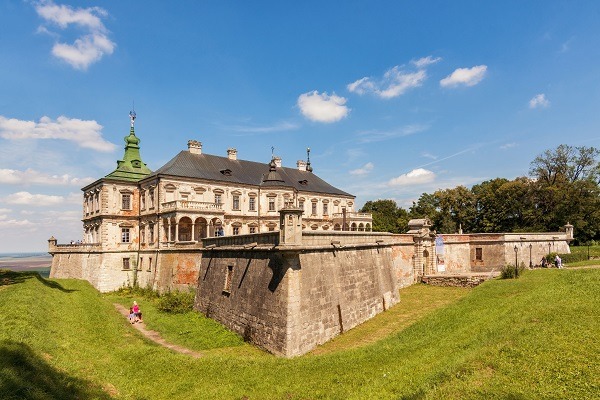 Pidhirtsi Palace is a residential castle-fortress erected from 1635 to 1640 under the order of Polish-Lithuanian military commander Stanisław Koniecpolski. It is deemed one of the most stunning castles in Europe, which became the home of many royalties in many generations, and housed a remarkable collection of art and sculptures. It lost its glory after falling into disrepair in the century 20th. Thus, it was then converted into an infirmary of tuberculosis patients. Not only that as a fire in 1956 also devastated the structure. 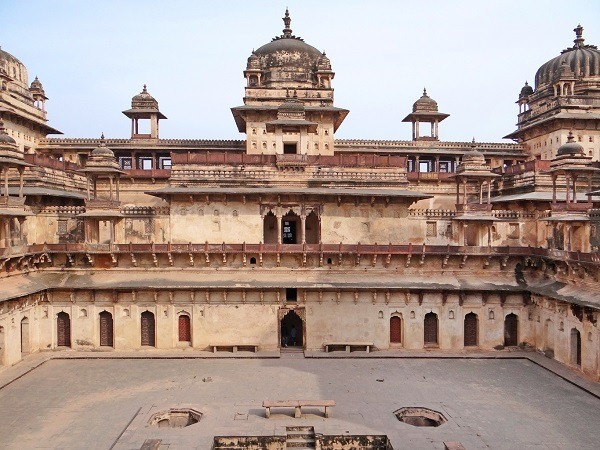 This magnificent castle was erected around 1610 under the helm of Vir Singh Deo. It served as an insignia of a warm welcome to Mughal Emperor Jahangir, during his first visit in the city. The three-storey structure was never short of traditional artistry, characterized by hanging apartments, porches, and balconies. But, what lies beyond its aesthetic is a rich history of rebellion, ferocious war, and eventual sovereignty. 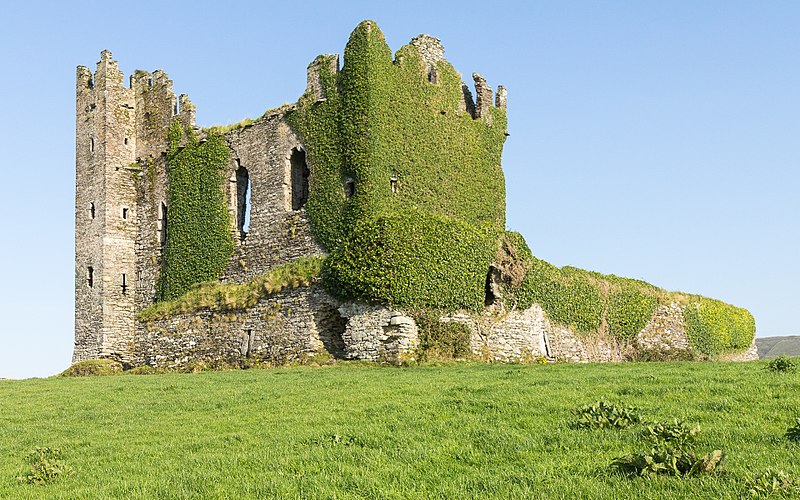 The ivy-clad Ballycarbery Castle was built during the 16th century in County Kerry, Ireland. It stands on a grass hill near the water’s edge. It is believed to be a McCarthy Mor castle, but it is unknown if they actually resided in the area. The structure received massive damage from the cannon-fire attacks of the Parliament forces in the mid-1600s. Today, only the stone walls of the edifice are standing after withstanding many centuries. 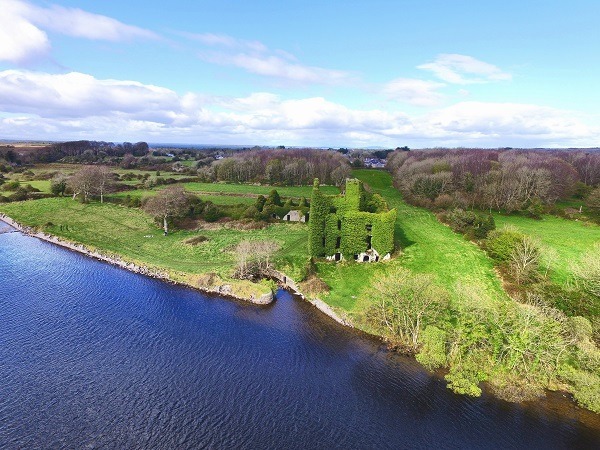 Also known as Blake’s Castle, the Menlo Castle is located in County Galway and was constructed in the 16th century and became the home of Blake Family. A fire ravaged the castle on July 26, 1910, while Sir Valentine Blake and Lady Blake went out on a Dublin trip. The castle has been jilted after the unfortunate incident. Today, the castle is covered with vines, and is almost hidden, perfectly blending in its verdant surroundings. 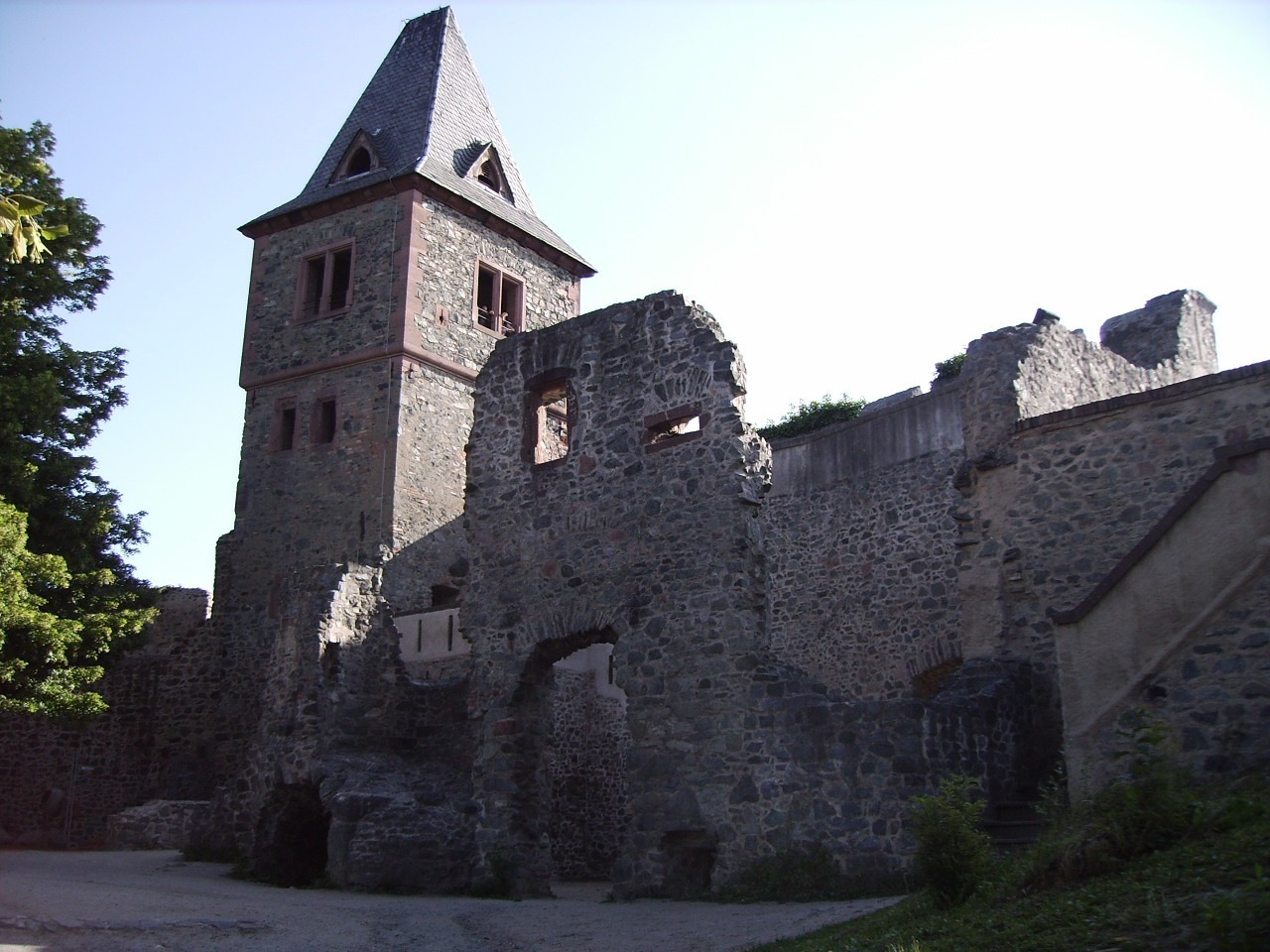 Frankenstein Castle is a medieval castle built in the 13th century long before Mary Shelley penned her 1818 Gothic tale of “Frankenstein.” The castle sits on a hilltop in the Odenwald mountain range in Germany. Odenwald itself is brimmed with narrow valleys and dark forests surrounded by mystery and legends. No surprise that the castle also has become a center of many myths. While none of the eerie stories has been proven true, they have become associated with the region. 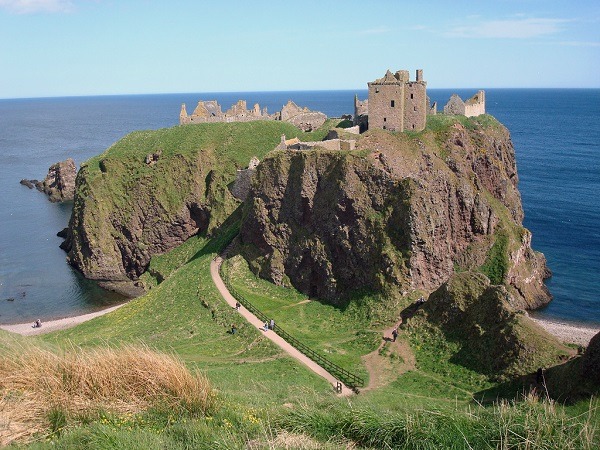 Located about two miles south of Stonehaven, it is believed that the Dunnottar Castle was erected in the Early Middle Ages. Across many centuries, it housed different royalties and witnessed many significant events in Scotland’s history. However, after enduring a long chronicle of treachery and battles, the government seized in the 18th century but was then abandoned in 1925.

That’s the rundown of some of the most amazing abandoned castles in different parts of the world. While they are far from their original glamour, they now hold a distinct sense of beauty and appeal that people can still cherish.