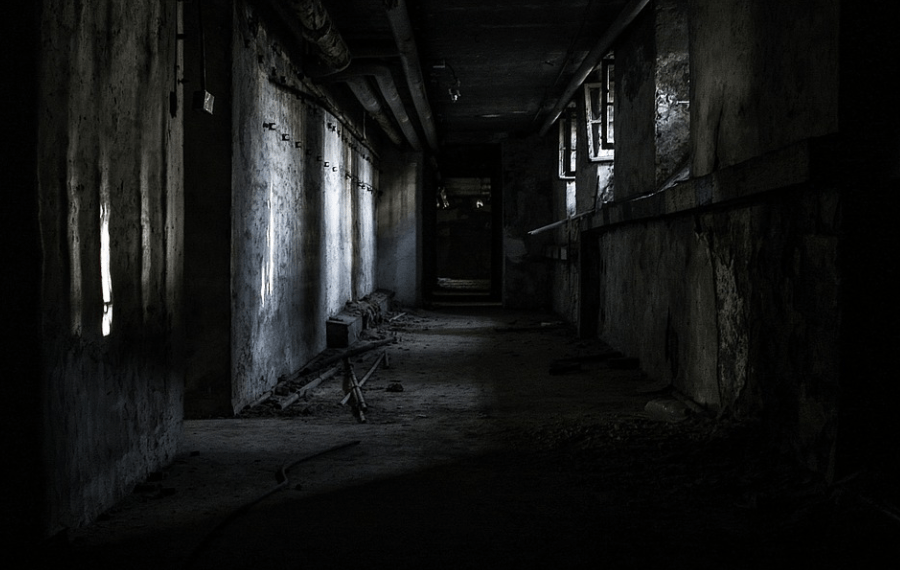 The world is filled with some of the spookiest places only a number of people would dare to go. And while some locations have eerie reputations based on documented proof of paranormal activity, others manage to send shivers down your spine simply with the legends of past horrors or tragedies that occurred there or the unexplainable.

Regardless of their mystery and macabre stories, many tourists still visit these natural and goosebump-inducing areas scattered around the world. From haunting hospital halls to abandoned towns to eerie forests, there is a frighteningly long list of creepy sites in the world enough to keep even the boldest traveler busy for a lifetime. You may not want to take your children to strange abandoned places but you can enjoy these top 10 mystery books for children.

You’ll both be excited and terrified to see some of the world’s scariest locations scattered across the globe. Ready to see your nightmares come to life? This list isn’t for the faint of heart but read on if you dare. Talking about the creepiest places on earth, here are the best Halloween Slots we can also recommend.

ISLAND OF THE DOLLS (MEXICO) 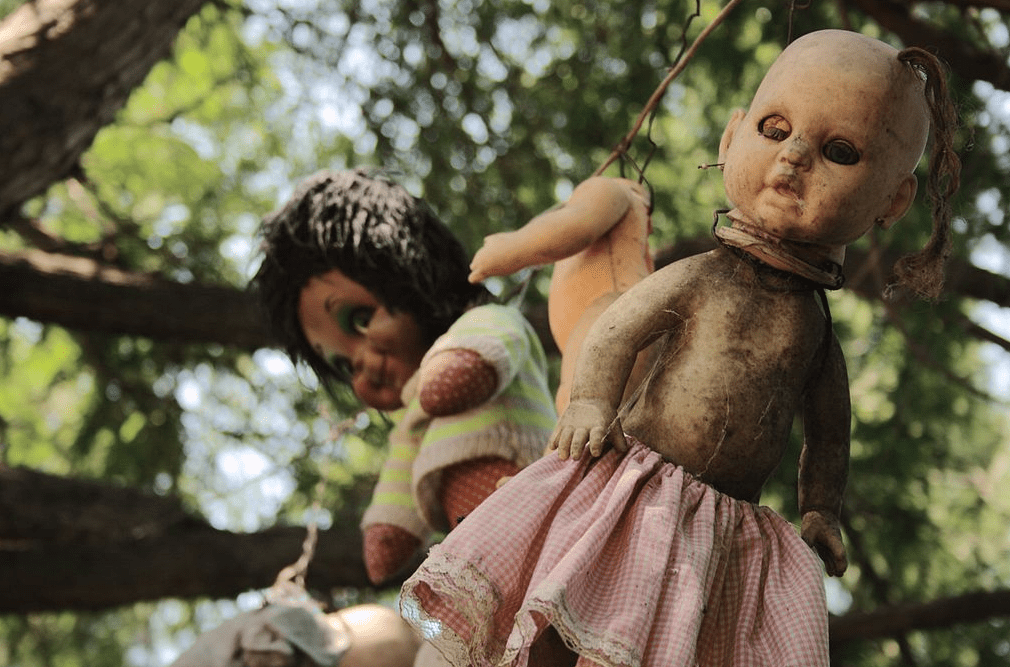 Tucked away along the Xochimilco canals to the south of Mexico City, the small, otherwise inhabited island is home to some one thousand five hundred dismembered, broken dolls hanging on trees around the island. Legend has it that the island’s caretaker, a man named Don Julian Santana, discovered the body of a little girl who had apparently drowned in one of the island’s canals.

Following his discovery, he spotted a plastic doll floating in the river. He hung it in one of the trees as a mark of respect and memory of the little girl.

However, what began as an innocent gesture, soon became disturbing as the caretaker, haunted by the little girl’s spirit, continuously hung more and more decapitated dolls and dismembered doll parts for over 50 years until his death in 2001. Some say that he did so to appease her. Moreover, his dead body was found in the same spot as the little girl.

Aside from the eerie sight of severed plastic arms and dolls heads hanging on trees like sacrifices, many believe that the drowned girl’s spirit possesses the dolls. Locals have reported seeing the dolls move their heads, open their eyes, and even whisper to each other.

Aokigahara, or the “Sea of Trees,” is more popularly known as Japan’s Suicide Forest worldwide. It lies at the base of Mt. Fuji in Fuji-Hakone-Izu National Park in Japan. The forest, famous for its dense woods, witnesses an estimated annual rate of 50 to 100 people committing suicide.

Scattered throughout the area are decomposing human remains of the people who have chosen to commit suicide there. Some people are hired to look and report back any new bodies they find in the forest. There are abandoned tents left by the people who decide to camp out for several days before eventually taking their lives.

Part of the former Sedlec Abbey, this small Roman Catholic chapel in Sedlec, Czech Republic, looks like a typical monastery outside. Upon stepping inside, however, you will quickly notice the unique interior and furnishings as they are ornately decorated with the skeletal remains of approximately 40,000 human beings, earning it the title, “Church of Bones.”

At the room’s center is a chandelier with at least one of every bone in the human body. Though it’s impossible not to let your imagination run wild when thinking about what sick mind created of things like a chandelier made of human bones, the real motive behind it all was fairly simple: it was all about saving space.

After the Abbot of Sedlec returned from a visit to Jerusalem in 1278 and brought back soil from Golgotha, where Jesus was believed to be crucified, the bones were freely offered from the bodies of faithful Roman Catholics all over Europe who yearned to be buried here.

The chapel was converted into an ossuary because many people wanted to be buried in Golgotha’s soil. In the 16th century, the bones of the previously buried were dug up and rearranged: a sensible, though unsettling, way to make the most of limited burial space.

THE GATEWAY TO HELL (TURKMENISTAN)

For the past 50 years, a crater officially known as the Darvaza Crater has been burning an inferno in the Karakum Desert in Turkmenistan. Often called the “Door to Hell,” the ominous fiery cavern formed in 1971 when Soviet geologists drilling for oil uncovered the crater of methane gas. They set the hole on fire to avoid the spread of the hazardous methane gas and protect nearby villages, but the crater continues to burn due to a seemingly unending reserve.

This other-worldly sight in Derweze, Turkmenistan, is a distinct tourist attraction regardless of strict visa policies. It’s recommended, however, for travelers to visit at nighttime for maximum impact.

From 1793 to 1814, the small Italian island of Poveglia was once a quarantine zone for those with the plague. This gave birth to its more sinister name: Plague Island.

The island’s eerie past continued when it was converted into a psychiatric institution in the 1920s. The spirits of patients from the psychiatric hospital are said to haunt the island. According to a legend, a sadistic doctor, tormented by visions of the patients he had tortured, jumped from the bell tower.

The building still exists, abandoned and rusty due to the passage of time; regardless, the sight will definitely give you goosebumps and send shivers down your spine. The building was almost turned into a luxury hotel in 2014, but the transaction fell through. It now stands as a haunting reminder of its horrific past.

The world has indeed so much to offer. The locations listed above are only some of the most terrifying yet wondrous places you can explore, that is if you’re up for a different kind of adventure – the hair-raising, spine-chilling sort.

Ready for your next escapade yet? These places will be waiting for you.