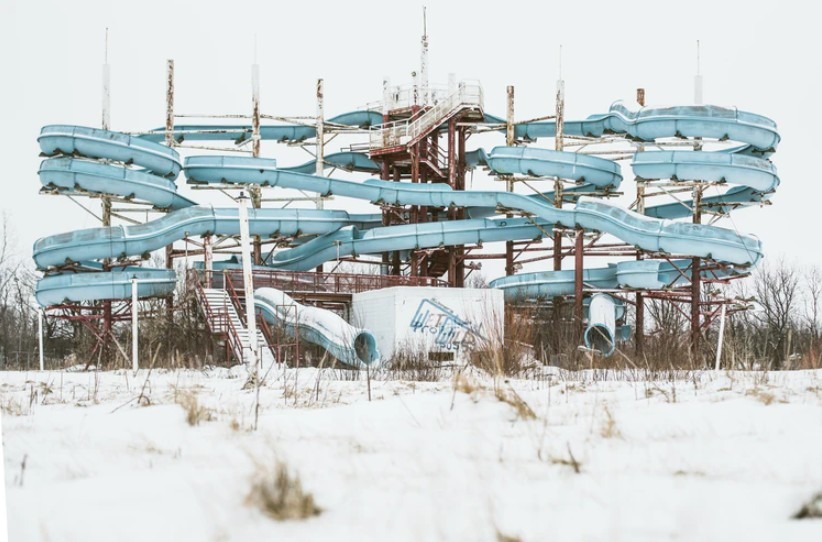 One of the most enjoyable parts of travelling is discovering hidden gems. And by that, we mean places that others do not usually come across, such as haunted ones.

If you happen to be in Vietnam or are planning for a trip there, you would be surprised to see a lot of exciting things—their rich culture, flavorful Pho, and even haunted places! One of which is the famous Ho Thuy Tien Waterpark adjacent to Hue. There is just something about this place that makes it creepy yet incredibly amazing to visit.

In this article, we will take you on a virtual tour inside Ho Thuy Tien Waterpark. So do not miss this chance, scroll further!

How to get to Ho Thuy Tien?

If you’re in Hue, you can rent a motorbike or get inside a taxi, head to the south for a few miles through the country roads, and you will see this post-apocalyptic waterpark.

The abandoned waterpark sits beside the Thuy Tien Lake. It is situated off the beaten track that you won’t even find in the maps and guidebooks. You have to ask other locals to get the exact pin of the location.

Once an ambitious dreamland funded by the Company Hue Tourism, it desired to become a wonderland wherein families can enjoy water activities.

Ho Thuy Tien opened in 2004 even though it was not fully finished yet. The locals were excited amidst the rumor spreading across the nation. A few years later, the park closed, and to this day, no one knows what’s the exact reason behind it.

However, rumors about its revival were persistent, but nothing fruitful came out of it. Ironically, Ho Thuy Tien actually managed to pull numerous tourists despite being inactive. Word of mouth has become an effective marketing strategy to make it famous among locals and international tourists alike.

Upon arrival, you will be greeted with a three-storey-tall dragon that serves as the guard of the ghost waterpark, perched atop of a spaceship-type aquarium. The entirety of it looks rustic, but it’s rather life-like at the same time, almost as if it will breathe fire at any time. Central to Vietnamese myth and folklore, dragons provide rain, and with it, power and prosperity is shed to the nation. Dragons represent the emperor, and to some extent, the entire universe.

The brief history of dragon

This history is reflected in the dragon of Ho Thuy Tien, Hue’s most famous dragon. It has degenerated overtime, but its history is still etched on its body. You can climb up the staircase located in the dragon’s ribcage to the mouth. Between its teeth, you can get an amazing view of the Thuy Tien Lake.

Other parts of the abandoned waterpark

Inside the aquarium, the tanks still have water, but there are no fish anymore. The amphitheater has hundreds of seats, which looks like it was straight out of a horror movie. As you walk around, you can feel like a disaster will strike at any point.

The rest of the park is not really different. The pools are filled with murky water. Cracked water slides, which are supposed to be fun to slide through, serve as a fun pathway to walk through.

Walking around the park makes it easy to picture a creepy creature lunging towards you, making you fall. Be careful when walking around. Don’t rush for two main reasons: there are a lot of interesting spots to take in, and so you can prevent yourself from tripping or getting injured because there are a lot of cracks and branches.

Recently, the abandoned water park became a home to three crocodiles, who were taken care of by locals and occasional visitors, but they have been long removed from the abandoned waterpark and reinstated in a wildlife rescue station.

Truth to be told, it is not hard to think of the “could have been ” wonderful past of ths abandoned water park—a lively, colorful park teeming with families, happy kids, and splashes from water slides and performers putting in an act in the amphitheater. Right now, the future of Ho Thuy Tien remains a mystery. However, it still invites everyone to explore its bizarre halls and rusting establishments.

It’s bizarre to visit such an abandoned place, especially when you’re an international tourist who gets easily lost. Ho Thuy Tien is definitely not for the faint of heart, but if you constantly seek adventure, then this place is a great spot to visit!