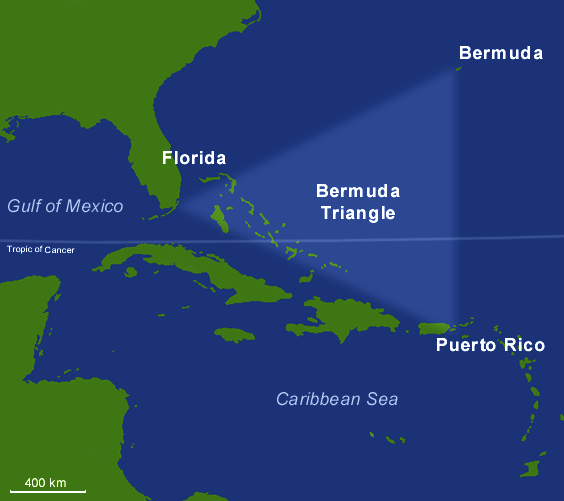 If you’re living under a rock for years, there’s a slight chance you might not know the mystery and stories behind the infamous Bermuda Triangle. Bermuda is not only known for its beautiful beaches and breathtaking attractions; it still baffles a lot of people up until now due to the strange accidents and incidents occurring in the Devil’s Triangle or mostly known as the Bermuda Triangle.

In 1964, writer Vincent Gaddis was the one coined the term “Bermuda Triangle.” The place gained international popularity due to the incidents occurring there. Mostly about planes and ships suddenly disappearing in thin air. The most recent one is the lost Malaysia Airlines Flight MH370. People were stating there is a connection between the plane and Bermuda for it to be lost somewhere.

1974 came, and the bestselling book; The Bermuda Triangle of Charles Berlitz was published. The book promoted the mysteries lingering around it to the world and caused it to be on the international scene since then. Speculations ran through tv shows, magazines, and newspapers, having people create their own conclusion to the mystery. It even had its own film, The Bermuda Triangle, which was released in 1978, and Lost Voyage was later released in 2001. It just shows how it became a sensation for the majority of people.

The Facts behind the Mystery

It’s always good to remain a skeptic and give the benefit of the doubt, so we could properly get the correct pieces that we need, and sometimes, there might not be a mystery, after all, right? A question by a journalist, Larry Kusche, then rose, “Is there really any mystery to explain?” Kusche carefully re-examined the said “mysterious disappearances” that occurred in the past and revealed that everything was outrightly created by mistake, just to create and instill a mystery behind the waters of Bermuda.

Some were even fabricated before they got passed on to the people. Kusche explained that the writers simply didn’t give out many details regarding the incident that occurred, mostly trying to show that there are mysteries behind Bermuda. No records were even found that ships and planes were documented missing in the Bermuda Graveyard. In reality, those ships and planes did not simply exist beyond the writer’s mind.

Even the ships and planes turned out to be real; the writer decided to put out details regarding the disappearance like the weather was bad during that day or tides were higher than anticipated. The most logical reason behind the wreckage is, the Bermuda Triangle is used frequently rather than other waters. So, it would make sense that higher incidents would occur there rather than in less-traveled areas.

Here are facts we can rely on when it comes to the Bermuda Triangle: