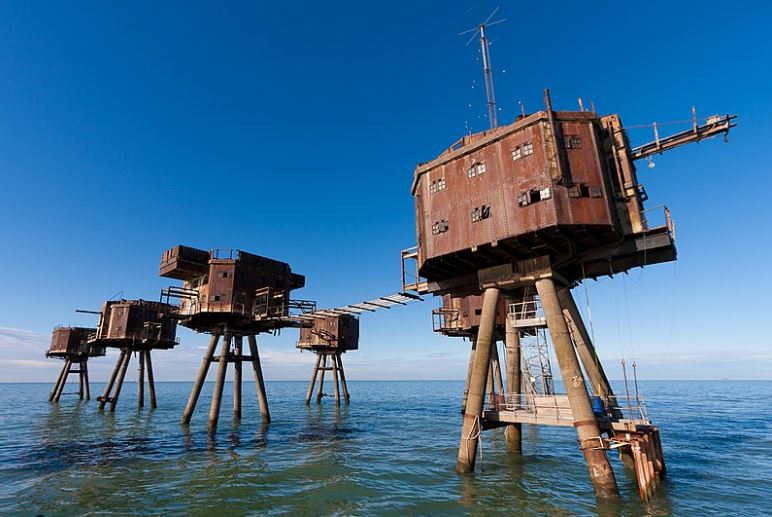 These magnificent buildings were most likely worth millions of dollars when they were built. Now, they’re falling apart. The building had grown aware of its own history, which echoed within its walls.

A British civil engineer designed by Guy Maunsell, the Maunsell Army Sea & Air Forts were a series of forts erected above the water on stilts during World War II.

The forts were abandoned in the 1950s, but the remaining structures can occasionally be seen from land at the Southend-on-East Sea’s Beach Park. 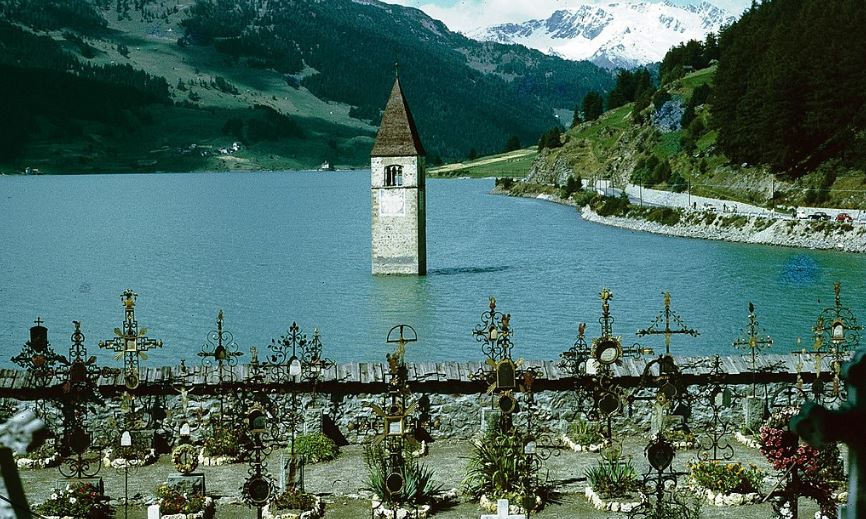 Graun Church, on the Lake Reschen in South Tyrol, was previously a traditional Italian church. However, in 1950, an artificial lake was developed to give energy to the town, drowning the medieval church.

The church’s bell tower, which appears to be floating amid the lake, is all that remains today. 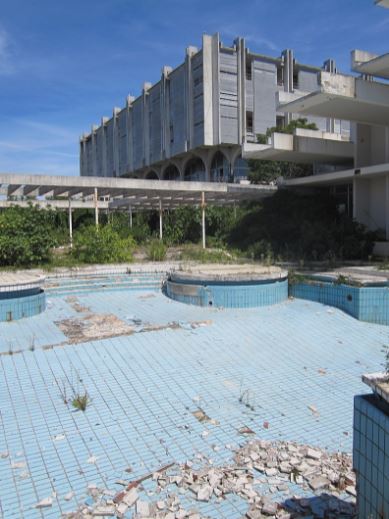 This mid-century hotel first opened its doors in 1971, attracting travelers to Krk, a small Croatian island. A year later, Bob Guccione, the publisher of Penthouse Magazine, put $45 million in the property and extended it to become the opulent Penthouse Adriatic Club Casino.

However, Krk was no longer a popular holiday destination since the Yugoslav Wars began in the early 1990s, and the hotel was eventually abandoned. 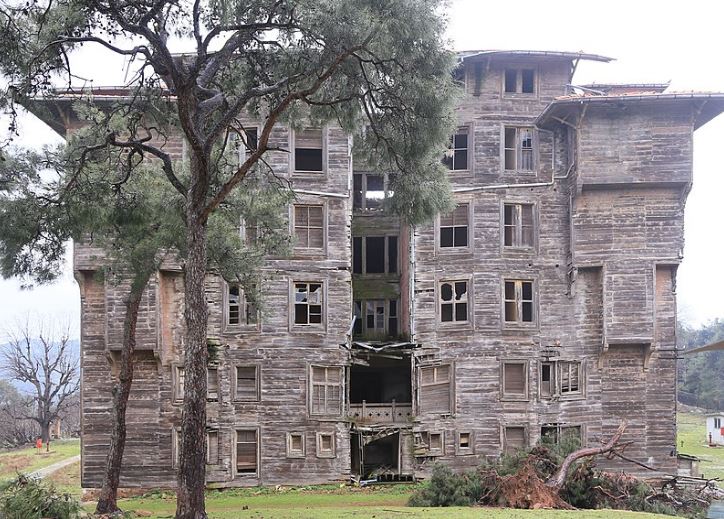 This massive wooden structure on the Turkish island of Büyükada was initially intended to be a luxury hotel and casino. Due to permit concerns, the building was later sold and turned into an orphanage in the early twentieth century.

The building sat empty for decades after it ceased operations as an orphanage in 1964. Restoration work on the site began in 2012 to turn it into an environmental institute.

In the Atacama Desert, Humberstone is a former English saltpeter mining village. Saltpeter was replaced with synthetic nitrate, invented during WWI, and the facilities were no longer required.

People unexpectedly left the village, leaving behind photos on the walls and closets still stuffed with garments.

Humberstone was recognized as a UNESCO World Heritage Site in 2005. 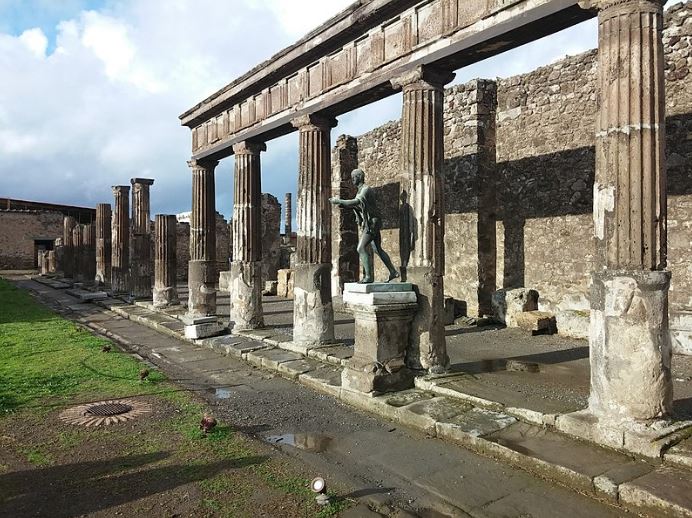 Mount Vesuvius’  eruption is one of the most famous of all time in 79 A.D. The ancient Roman city of Pompeii was entirely buried in a thick cover of volcanic ash due to the eruption.

In 1748, researchers discovered the city intact beneath 20 feet of mud and rubble after being abandoned for almost 2,000 years. 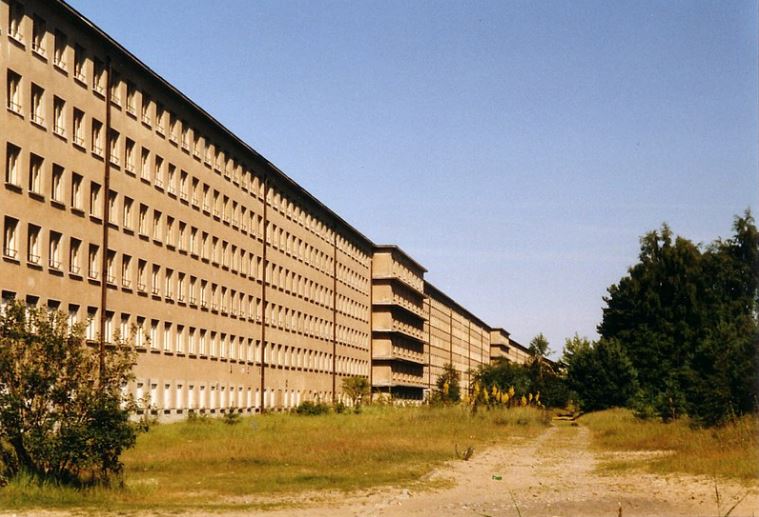 Adolf Hitler ordered the development of Prora, a three-mile-long tourist resort on the island of Rügen that was then the world’s largest resort, three years before Germany invaded Poland in 1939.

It has now been converted into high-end flats and a luxurious resort.

Aniva is a coastal town on Sakhalin Island, near Japan, in Russia. The abandoned and aged Mys Aniva lighthouse rests on the rocky beach.

Japanese engineers erected the lighthouse in 1939 and have been utilized by both Japanese and Russian troops.

Today, urban explorers visit the building, and some have discovered the belongings of people who formerly lived in the lighthouse. 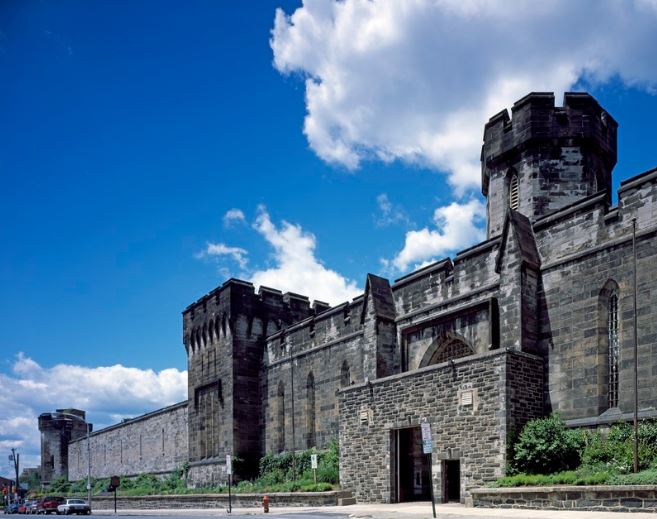 The creepy Eastern State Penitentiary was once the world’s most famous jail, but it is now in ruins. It once housed America’s most notable criminals, including American bank robber “Slick Willie” Sutton, Chicago mafia boss “Scarface” Al Capone, and Freda Frost, a female inmate who poisoned her husband.

The prison is now a museum. 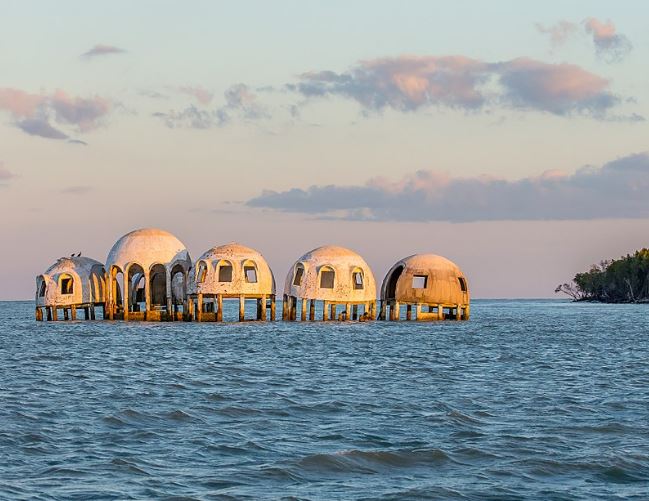 These futuristic-looking concrete dome-shaped constructions are actually the vacation home of a retired oil producer.

On Marco Island, Florida, Bob Lee created the dome residences in 1981 as an environmentally friendly and self-contained vacation for his family.

The pods used to stand on concrete pylons right on the beach, but erosion has led to their current location in the sea. The igloo-like constructions are still standing off the shore of Marco Island, even though they are uninhabitable today. 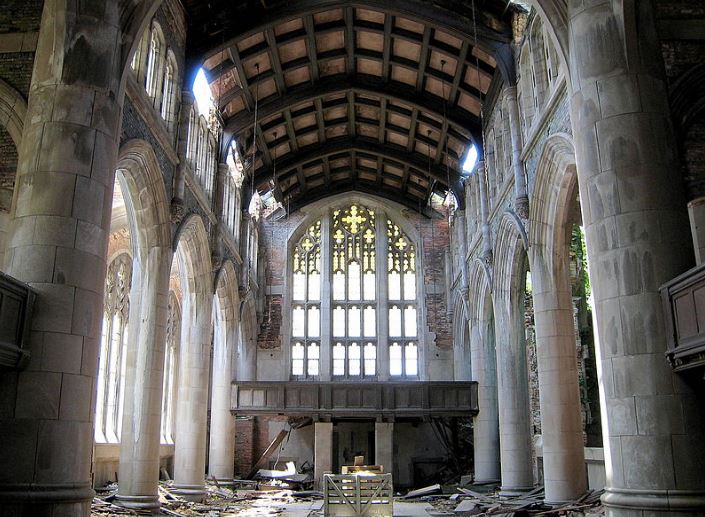 Gary, Indiana, was heavily damaged by the steel industry’s collapse in the 1970s. This economic downturn

as a result, several once-popular buildings,  the City Methodist Church, have been abandoned.

The church was said to have cost $1 million to build in 1926, around $7 million in today’s money. Despite all of the whack constructed the lovely English Gothic-style church, the parish was officially closed in 1975.

Several films, including Transformers 3, A Nightmare on Elm Street, and Pearl Harbor, have used the site as a filming location. 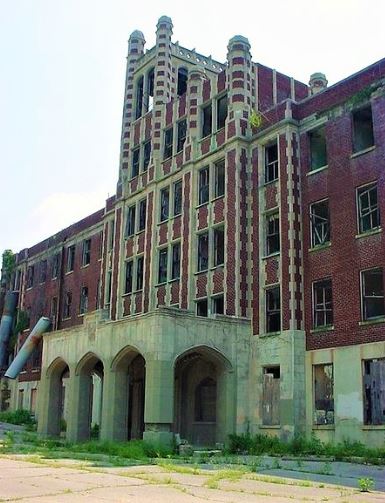 In the early 1900s, the Waverly Hills Sanatorium served as a hospital for tuberculosis patients, though today’s structure was not finished until 1926.

The hospital remained open until 1961 when a tuberculosis-curing drug was discovered. Many individuals believe that the building remains haunted nowadays. However, visitors can participate in ghost tours, haunted houses, and laser light shows. 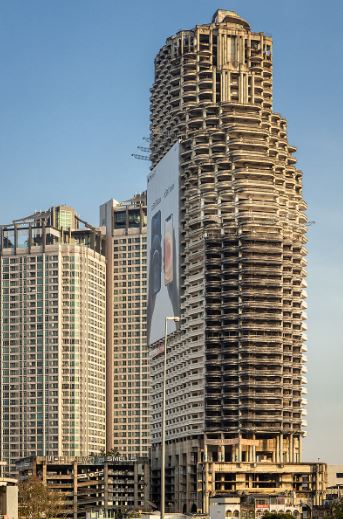 The Sathorn Unique Tower, sometimes known as the “Ghost Tower,” is an abandoned skyscraper clouded in mystery in Bangkok.

The luxurious high-rise was built in the 1990s, but work was stopped due to the Asian Financial Crisis in 1997. As a result, the structure has deteriorated and is now a sanctuary for urban explorers. Graffiti adorns the inside of the tower. 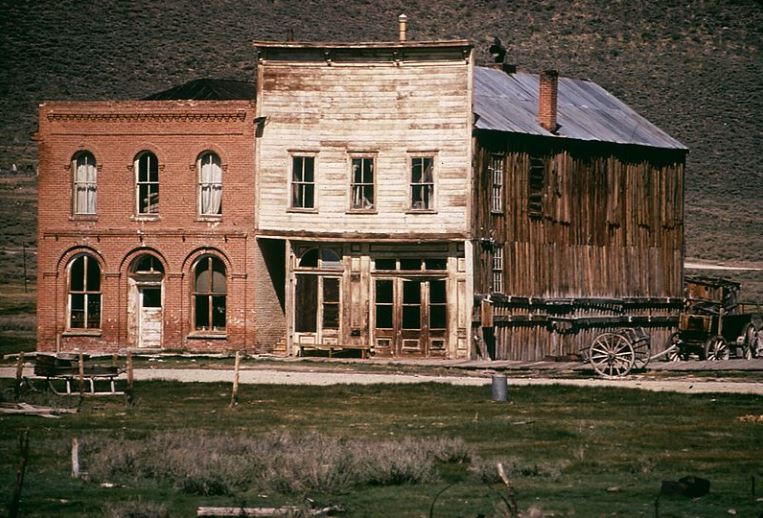 Bodie, California, is only a few hours south of Lake Tahoe’s renowned tourist destination, yet it feels like a step back in time.

This ghost town is now a state park, flourished during the late-nineteenth-century California gold rush. Today, the park strives to maintain the town’s authenticity as much as possible.

The park offers nocturnal ghost tours to Bodie’s church and a 106-year-old abandoned mill every summer. 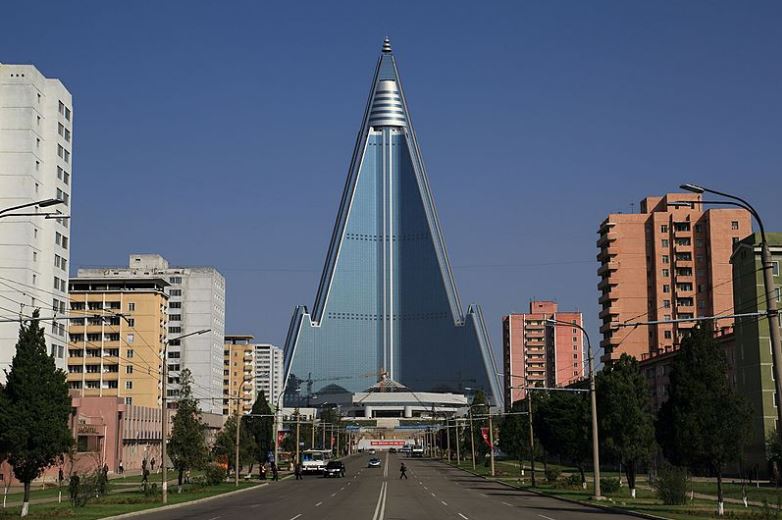 The Ryugyong Hotel in Pyongyang, with its 105 floors and unique triangle design, towering above much of the city.

The building’s construction began in 1989 to have Japanese lounges, casinos, and nightclubs. The hotel, on the other hand, has been incomplete for decades.