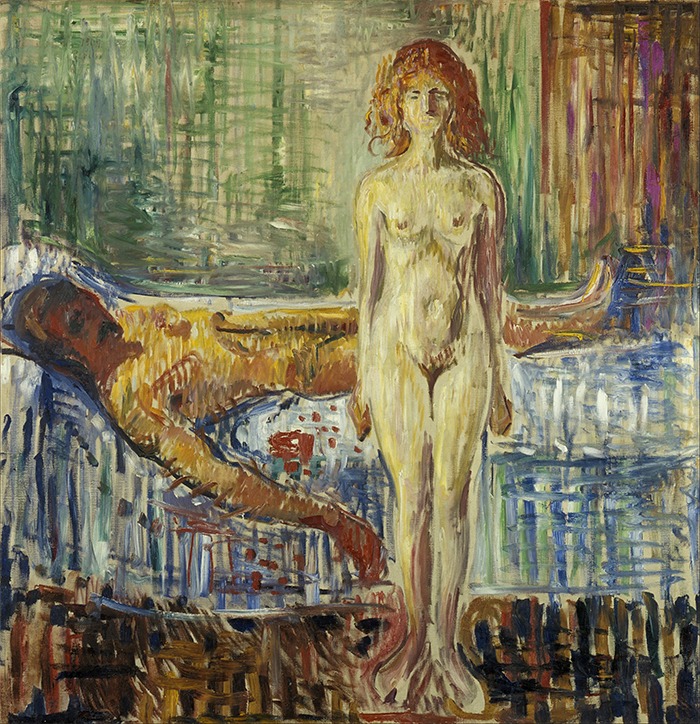 Art has the power to touch, motivate, enthrall, disturb, and even frighten people. When people think about art, they usually think of beautiful nature sceneries, antique structures, fascinating flowers, and pleasantly rural landscapes.

However, some of the greatest, most intriguing, and thought-provoking art has come from the deepest regions of the mind, those gloomier areas of the human mind that worry, unsettle, and even stun viewers.

Here’s a look at the world’s scariest paintings that would surely leave goosebumps on your skin.

More renowned for his passionate poems and engravings, William Blake didn’t have much recognition when he was alive. However, his death has reignited interest in his artwork. Blake’s creative masterpieces were not inspired by nature but by the rich masculinity of his mind.

The prophecies provided to Christians in the book of Revelation inspired The Great Red Dragon and the Beast from the Sea. His watercolor series influenced by the Book of Revelation’s red dragon is incredibly frightening. In his painting, the “red dragon” avatar of the devil towers over the seven-headed sea monster in all its colorful grandeur in this masterwork.

Ivan Albright, an American artist, painted this gruesome image for the Oscar-winning film adaptation of Oscar Wilde’s novel The Picture of Dorian Gray. Albright’s reputation as a macabre artist made him the ideal fit for director Albert Lewin to paint the horrifying portrait of Gray.

The Picture of Dorian Gray, Oscar Wilde’s well-known novel, is the narrative of a man selling his soul to maintain his youthful look and beauty. It combines themes of morality and the macabre.  Gray leads a carefree attitude, and although time and age do not affect his physical features, his painting ages and decays to show how vile and depraved he becomes on the inside. 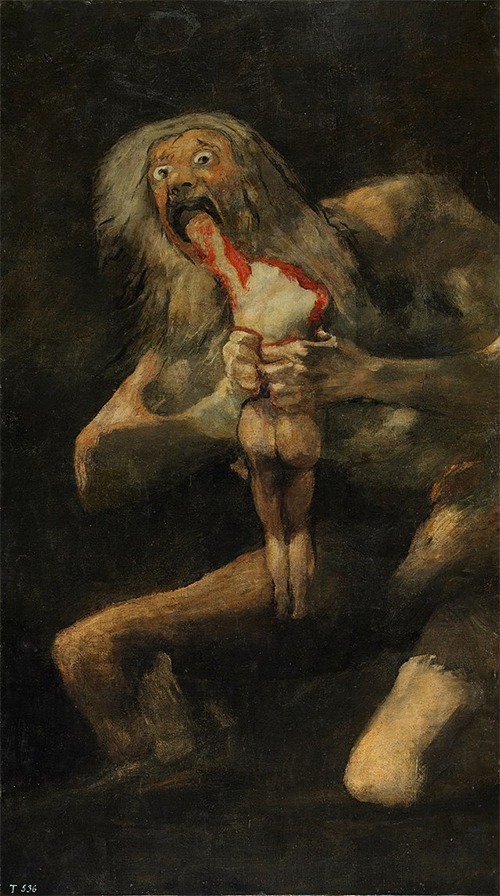 Throughout his career as an artist, Bacon returned to Velazquez’s picture of Pope Innocent X to create his own versions and interpretations, distorting Velazquez’s initial portrait of a sorrowful-looking pope into a far more horrifying image, with his pope shouting amid sharp vertical brush strokes.

Edvard Munch’s The Death of Marat

In 1902, Munch’s left hand was injured when a revolver accidentally went off during a violent brawl at his vacation villa. They called off the engagement after Munch lay the blame on Tulla Larsen. The incident turned into a traumatic experience for Munch, which haunted him for several years.

The agonizing break-up with Tulla Larsen, Munch’s fiancé from 1898 until 1902, served as the inspiration for his artwork The Death of Marat. He even created two different versions of the painting. The title depicted the murder of Jean-Paul Marat, one of the most prominent political personalities of the French Revolution, who Charlotte Corday killed in the bath.

This painting showed a naked Munch laying on a bed with blood streaming from his wounded hand, a substitute image for Marat dying in his bath, and a naked Tulla Larsen, an erect facing image with her fulfilled crime behind her.

According to a Greek mythology prophecy, Titan Cronus (Saturn in Roman) decided to commit child murder through cannibalism, fearful of being ousted by one of his offspring. On the other hand, the immortal children matured inside his body, eventually throwing them all up.

Saturn Devouring his Son is among Goya’s 14 Black Paintings, which he painted straight on the walls of his home throughout 1819 and 1823. After the death of Goya, they transferred the painting to canvas and displayed it in Madrid’s Museo del Prado.

Various psychoanalytical interpretations have different explanations on the grimness of the paintings, including that they are an interpretation of Goya’s personal fear of aging.

The Book of Judith in the Old Testament narrates the brave, heroic widow who saves the Israelites from a group headed by Holofernes. Judith approaches him and captures his heart with her beauty and grace. She then gets him intoxicated and beheads him with the assistance of her handmaid.

The Book of Judith has been a famous story and scenario for many painters. However, Caravaggio’s visual representation is unquestionably horrible, especially with Judith’s aloof, almost emotionless look, matched with her handmaid’s stern determination and Holofernes’ expression of horror and agony.

Hell is an artwork by Hans Memling painted in Northern Renaissance style. It depicts a bizarre and demonic hybrid of man, woman, demon, bird, dragon, and dog that dances maliciously over the tormented as they burn eternally in the flames of hell. The inferno boils inside the jaws of a monstrous fish, with the devil eliminating the idea of any consolation by displaying the saying, “In hell, there is no redemption.”

Memling created the painting as part of a bigger altarpiece intended to scare 15th-century parishioners into living good lives. It remains a very bizarre and terrifying picture until this day.