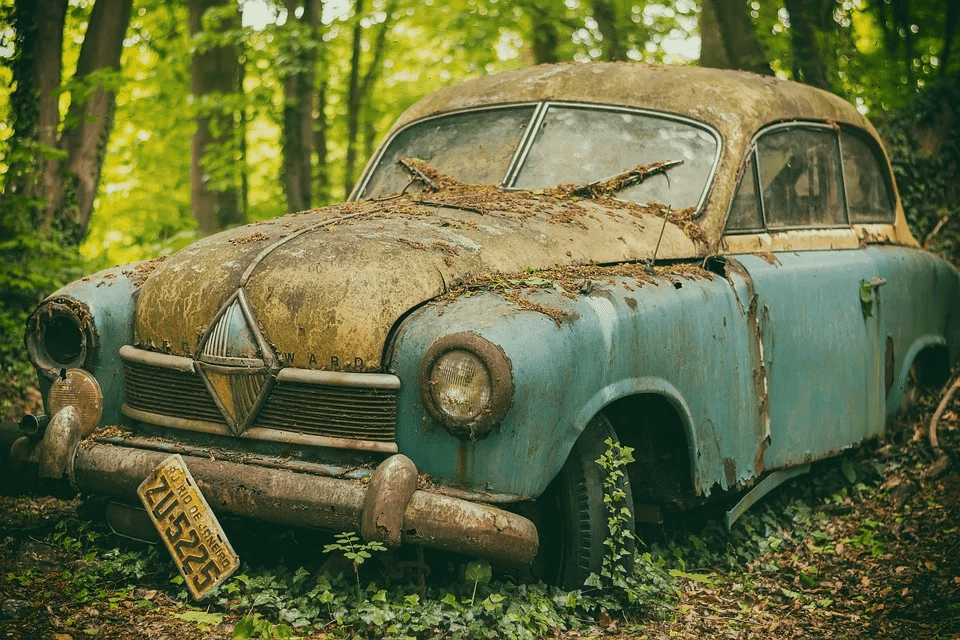 At some point in time, the fixing cost of a car becomes too hefty and no longer worth spending bucks on. Otherwise, the car goes beyond repair, turning into a junker that most people certainly don’t want to deal with. When that happens, most owners just park their car somewhere, drifting it into their oblivion while allowing it to be others’ eyesore. That’s a non-surprise as abandoning a vehicle seems to be the easiest option.

But, have you ever wondered what happens to abandoned cars? Though they cripple through time, they really never decompose, leaving a huge junk that lasts for decades. To help out, here’s what actually happens to your car when it’s abandoned. 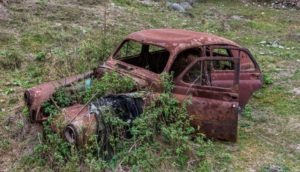 What happens to abandoned cars?

A lot of environmental factors take a toll on any abandoned vehicle. First is the sun. The sun damages rubber heavily and without any car, all rubber material on the car will degrade over time, such as tires deflating and the hoses drying up and cracking.

Rain and rust is the next culprit. As abandoned vehicles are often left in open spaces, they are exposed to rain. Soon, the car’s paint will chip, allowing water to seep into the metal chassis and to oxidize the metal. Initially, rust will appear in spots but eventually, will “eat” up the entire car and affect its overall strength and stability.

When it comes to the fluid the vehicle utilizes, it will sooner or later leak out the tanks and contaminate the area around. What’s worse is that if the car is parked near a water supply or water body, the oil and gases may permeate them, producing new problems for the nearby ecosystem.

Then, the next thing you’ll see is its windows breaking. They make easy enticing targets for bullets and rocks, while they also aren’t safe from falling debris and branches. Windows don’t last long and in fact, are often the first ones to break in an abandoned vehicle. Once they do, cracked windows fall on the ground, resulting in safety hazards for people who pass the area.

With the windows out, wildlife gains access inside the car. Different animals, such as squirrels and mice, will take time to check it. Seats, steering wheel, and other parts will be gnawed. Bugs and pests will start to infest every cranny and nook in its interior, making them their home. Plus, leaves, sticks, trash, and even animal remains will be everywhere.

As sunshine, dirt, and water are now available, plants also have all the essentials to thrive. Once any seed happens to end up inside the vehicle’s floorboards, plants will start to sprout up and cover the entire car. If not all windows happen to be broken, the semi-enclosed space produces a greenhouse effect, promoting faster plant growth. With such an ideal environment, molds will also consequently grow and mold spores will brim the car’s interior.

With all that, the abandoned car will be far from its original look, use, and purpose, erasing everything as nature gets its job done. 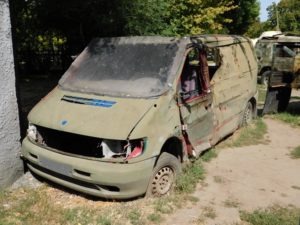 What States do to abandoned cars?

State rules and processes vary but generally are taken care of by the state highway patrol who then disposes of the abandoned cars when left on highways, or the local government takes responsibility when they are abandoned on local roads in towns.

The same procedure goes with road kills involving animals that have died, hit and killed by vehicles, or struck by lightning. It is their responsibility to ensure that roads and highways are free from obstructions that can pose great risks to drivers.

Each state may also have different approaches when encountering an abandoned vehicle. For instance, California Highway Patrol will place a note on any abandoned vehicle first to allow its owner or driver to remove it. If no action was taken, the car will be sent to a tow yard.

Information will be sent to the vehicle’s registered owner, which will then be asked to shoulder the towing and storage charges should he or she decides to retrieve the car. If the vehicle is not picked up, the tow yard will try to auction the car and the fund collection will be used to cover the fees.

Various factors may also be considered before considering any vehicle as “abandoned.” These criteria include the time the car has been left unattended in any public space, its registration, damages, and operability, and the period it has been impounded and not retrieved. 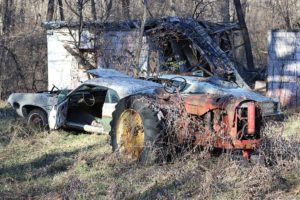 It is never advisable to abandon old cars somewhere, as it will wind up rust, pests, molds, and plants, weaken, and bring various problems to its immediate area and ecosystem. The best way to deal with a junker is to recycle it and turn it over to agencies or facilities that can make use of plenty of its parts for other purposes. Through that, there will be one less derelict vehicle that will just be devoured by nature and time onto nothingness.