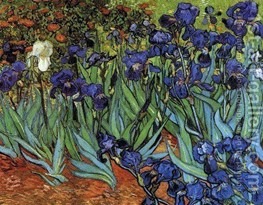 The universe conspicuously keeps some answers that are incredibly baffling. One such question is how a mostly self-taught painter, without any formal training, transcended to the pedestal to become the most worshipped icon in the art world?

You guessed right! We are talking about the legendary Impressionist painter, Vincent Van Gogh whose artistic oeuvre and way to interpret light, contrast, and hues are out of the world. His rise to glory took him through a troublesome path but he got at the top at the end.

Many guess whether his entry into the hall of fame was a repercussion of his innate genius or was it years of artistic toil that molded into an extraordinaire. So, let us surf through his artistic practices and look deeper and closer into the man, the myth, the legend himself.

He Was Never-never Stagnant-Always Experimenting

Van Gogh’s artistic brain was like a mill, always churning, working, and burning the midnight’s oil. He was always experimenting with various methods and materials to birth multiple oil-on-canvas paintings. Not just that he was also extremely futuristic which made him gauge the vulnerabilities of the pigments he worked with.

He knew that due to a lack of chemical stability in the pigments, they harbored a tendency to fade over time. So, he went for a brighter and vivid application, hence achieving the bold color palette he is now most famous for. Let us look at some of Vincent’s paintings which have borne this decay and yet, have aged gracefully like wine.

Vincent in his letter to Theo, his brother explained the purple hues imbued in the painting “Irises” which today have transformed into a divine blue. This oil painting characterizes the trademark Van Gogh style of painting with vivid hues spilling out. All elements of light, color, and shade are employed to beautify the line and form of the painting.

His influence from Japanese woodblock print is evidently in our face here. Believe it or not, this painting has been painted with pain and abundant mood swings, holding together the innumerable contrasts and the Impressionist style. All of these factors combined to make this painting more than just a mundane landscape of a flower-laden field. 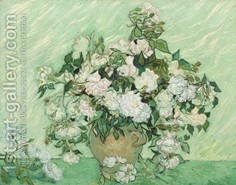 This sublime painting of Roses is another result of the experimental artist. To illustrate vivid hues he went in the direction of organic pigments which were much prone to fading. Even though the pink blossoms in the painting have faded, it was painted in such a manner that the faded flowers give off an ombre effect which just adds to the grace of it all.

This painting isn’t just some flowers in a vase but smartly shows fallen, scattered flowers as well which shows inevitable decay after blossoming. The red pigment has faded over time which left a highlighted effect and pushed the green hues to the limelight.

His painting style has evolved and has only gotten more brilliant as time tried to erode his mental stability. In his early years, Van Gogh used darker and more melancholic hues that felt apt to paint subjects like peasants, mine workers. There was a complete reversal in his painting style as he became influenced by the Impressionists and Neo-Impressionists of Paris.

Then, his time with Paul Gauguin influenced him to transform his paintings to be less realistic but more attractive. Like the Starry Night is the idyllic representation of his previously used realism and newly discovered abstractionism. Soon, he learned to imbue his hues and brush with emotions, feelings, and moods to captivate the audience even more. To observe his painting style more deeply, let us analyze some of his famous paintings.

Starry Night over the Stone 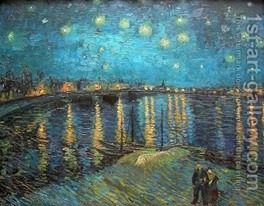 The first thing one could instantly notice is the paradoxical presence of abundant yellow-orange light in a night. This luminance of the lively night sky as Vincent liked to call it was enhanced further by the impasto technique used by this mater.

This entailed a thick layering of oil paints on the canvas so that the texture of the brush or palette knife is visible. The quick, thorough brushstrokes of this painter fabricated this sublime play of reflection in the water, which seems to be moving peacefully in the lake. 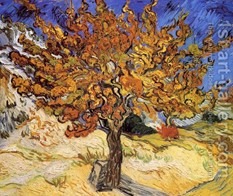 The Impressionist master was an expert at birthing contemporary color combinations in his paintings and this masterpiece is an apt example of that. Both vibrant and contrasting colors are infused in this painting faultlessly in a way that they complement each other.

As the tree trunk is painted in the dark contours of browns the tonalities of the leaves sport vivacious hues of yellows and greens. Moreover, the contrast was also played with heavily by him and in this painting also the light-hued ground stands out beautifully in the face of the deep, sea blue sky.

Many Suns have gone but there is not one Van Gogh painting that is not a hallmark of artistic excellence, extreme channelization of emotions, and daunting creativity. Specifically, his oil paintings are the most lauded due to the nuances that lay underneath them alongside featuring some of the most trailblazing and revolutionary painting techniques.